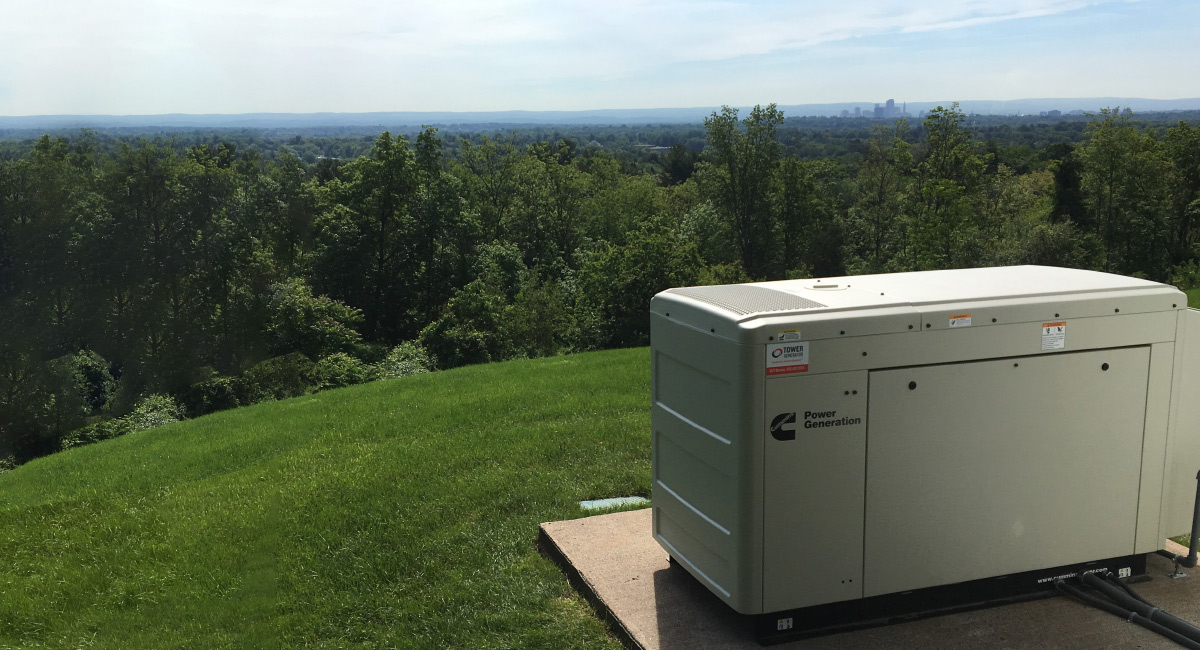 We love living in Connecticut – its natural beauty, culture, and quality of life are (in our opinion) among the best of any other state in the country.

But we have to be honest – we do have a power outage problem in the state that is caused primarily by the enormously wide range of weather conditions we face each season.  In fact, according to a study by the U.S. Department of Energy, the average duration of electric outages in Connecticut (2008 to 2013) was 2,517 minutes or 41.9 hours a year.  That’s an entire work week!

High winds, hurricanes, tropical storms, snowstorms, and lightning can knock out power lines, or knock down trees that knock down power lines (which, according to the U.S. Dept. of Energy, is the most common cause of power outages).  Most recently, last summer’s Tropical Storm Isaias caused power outages in every single community in Connecticut.  That’s a powerful storm!

The National Oceanic and Atmospheric Administration (NOAA) tells us thunderstorms and lightning occur once every 11.6 days on average in Connecticut from March to October. It also says winter storm and extreme cold occurs once every 24.5 days on the average from October to March.  This literally means we don’t go very long without extreme weather.

In between these storms, our weather can include sleet, rain, fog, Nor’easters, humidity, and the occasional tornado or hurricane (see the 2021 Atlantic Hurricane Season outlook). Winter snowfall reaches around 20″ in the south and east, and up to 60″ in Connecticut’s northern hilly regions. It’s easy to see why, on average, the number of people affected by electric outages in Connecticut was 522,697.

We don’t have the ability to change the weather – but we do have the power to be prepared for all the disruption crazy weather can bring.  Many homes have generators installed and many families have portable generators that keep the lights on for short periods of time.

We install generators in countless homes and businesses, so they are prepared for anything Mother Nature wants to throw at us. Generators can be used to run refrigerators so food does not spoil, can keep heat sources on so pipes don’t freeze and people stay comfortable, and can keep computers or other light equipment running for a while. This is all especially important with today’s “work-from-home” culture, as people cannot afford to have much downtime away from computers.

Families that buy a home with a pre-installed generator may not know how to keep it maintained so it is ready and dependable when needed.  Our team at Tower Generators will conduct an inspection and show homeowners how to safely care for and use this power source.  We will review safety issues and what to expect from their generator. Whether we are maintaining a system or installing a new generator, we want everyone in Connecticut to know they don’t have to face those 42 hours without power completely in the dark!

Choosing the right backup generator is the key to meeting your electrical needs during an unexpected power loss. The first step is to select the systems and appliances that you would like to use during a sudden or prolonged outage. See choices in backup protection here.